Cash On Delivery is available Nationwide

TCL P635 - The Must-Have Smart TV for Your Home Entertainment 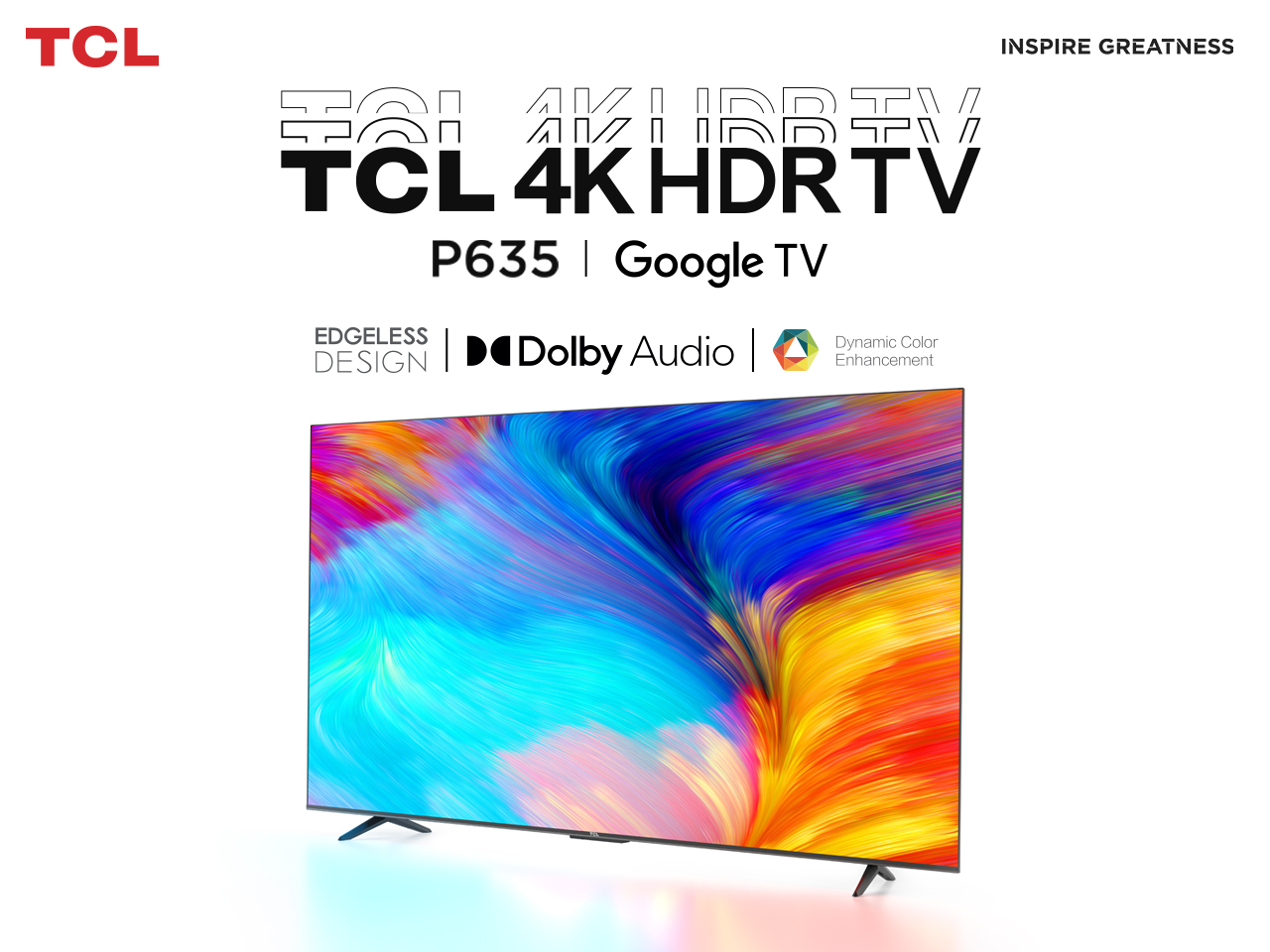 I think it's fair to say that the TCL P635 4K QLED TV is one of the best smart TVs on the market right now. It's hard to believe that it has only been around for a few months, but this model has already proven itself as one of the most capable devices in its class. The fact that it comes from the well-known company TCL is also an advantage: only TCL can promise this level of quality and service at such a nice price. If you're ready to take advantage of everything this powerful smart TV has to offer, then read on below:

It's a Google TV!

One of the selling points of the TCL P635 is Google TV. This platform is available on a variety of devices, including smart TVs, set-top boxes, and streaming sticks like the Chromecast. It replaces not only Android TV but also the Nest app that was previously found on TCL TVs.

With Google TV, you can use your voice to search for content across apps, in addition to launching them directly from your home screen using its new user interface. This design puts all of your streaming apps together in one place so you can see what's available from each service at a glance and launch them with ease.

And what are other important features you should consider that P635 has?

HDR stands for “High Dynamic Range,” which improves picture quality by increasing the contrast between the darkest and brightest parts of an image, so you can see more detail than ever before in highlights or shadows—even if they're both very dark blacks and very bright whites!

The TCL P635 has a futuristic look with its edgeless design and clean lines. The TV has no visible speakers, making it appear as if the image is floating in mid-air. The panel itself is flat and fits flush against the wall, so there’s no bezel to distract from your viewing experience. With a minimalist design that’s easy on the eyes and a futuristic appearance, this TV can make any room look sophisticated without requiring too much effort.

You want to get the best sound quality possible, right? You're not alone! Most of us like to hear our favourite movies and TV shows with great audio. But getting that kind of quality in your home can be difficult—and expensive.

Fortunately, TCL has solved this problem with their latest release, the P635 TVs. They've added Dolby Audio Surround technology to take your viewing experience up a notch (or two).

HDMI 2.1 is the latest version of the HDMI standard, which has been a staple of home entertainment since its inception in 2002. While you may be familiar with high-speed cables such as HDMI 2.0b, those are only part of the story—the new HDMI 2.1 standard will support 8K 60Hz video and 4K 120Hz refresh rates over existing cable lengths up to 25 meters (82 feet). It also supports dynamic HDR and eARC (Enhanced Audio Return Channel), meaning you'll get superior sound quality from your TV without having to go out and buy any additional accessories or hardware.

AIPQ2.0 stands for "AI Picture Quality 2.0," and it's the latest AI-powered image processing technology made by TCL. AIPQ2.0 is an algorithm that makes the TV more responsive to your needs than ever before. The AI Picture Quality 2.0 is designed to enhance the quality of the image displayed on your screen, no matter what content you're watching or playing. The AIPQ2.0 algorithm learns what you like and adjusts your viewing experience accordingly, so you always get the most out of your smart TV.

P635 comes with Netflix which is one of the largest internet channels in the world with a gallery of thousands of award-winning seasons and movies. These are now available on TCL P635 with a dedicated button on the remote.

In addition to downloading apps from the TCL App Store, you can also download and install apps for your smart TV. Apps can be used on your smart TV as well as on other devices like smartphones and tablets. This can allow you to watch videos on multiple devices at once.

Bluetooth 5.0 is the latest version of Bluetooth, and it's officially called "Bluetooth LE" for "low energy." The biggest change in Bluetooth 5.0/LE is speed. It's up to 2 times faster than Bluetooth 4.2—you can transfer data at speed rates of up to 24 Mbit/s while maintaining a low power budget, meaning longer battery life! This high throughput makes it ideal for connecting high-end devices like your smartphone or tablet with your TV.

The size of your TV can affect its viewing angle, so if you plan on having friends over often or want everyone to be able to see clearly from every seat, then opt for one of the larger models in this series!

TCL Teams Up with PCB as Associate Partner of Pakistan vs Australia Series March 3, 2022
Latest

TCL Kicks Off its Latest Sponsorship with Football Stars to Inspire Greatness September 5, 2022